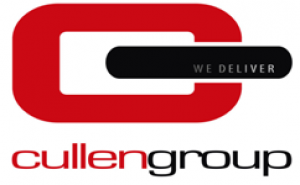 We wouldn’t keep going back if we didn’t think they were doing a good job for us.

“I did Cullen Group’s first major commercial project back in 2010, and we used BridgeFab. They have since done the majority of our major structural steel work. Our projects aren’t predominately made of steel, they’re mainly concrete and glass, but the buildings where we use steel, BrigeFab do most of our major structural work. Whether that’s dollars, or we’re comfortable with BridgeFab’s work, or a combination; why change something if it works?

“BridgeFab are definitely upfront, honest and professional. We’ve never had a problem. If they make a mistake, they stand up for their mistakes. When things go well, we both acknowledge. Things work well.

“I would definitely recommend BridgeFab to other construction companies. We wouldn’t keep going back if we didn’t think they were doing a good job for us.”

Cullen Group is a construction company which specialises in hard tender, and works predominately on two and three story walk ups. Their most recent project with BridgeFab was the Tranquility apartments on Logan Road, at Mt Gravatt in Brisbane’s south.

The Mary Cairncross Scenic Reserve is an iconic conservation, recreation,...

Our gun riggers have finished this service station for Lanskey...